Last Friday started off bright and early with poultry showmanship. 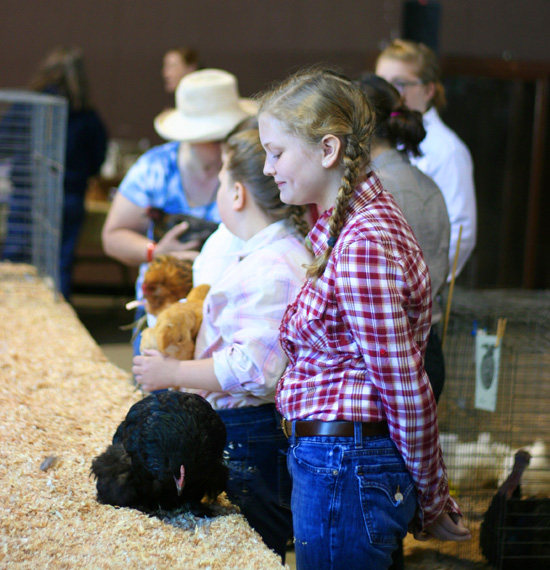 Sarah proudly (and nervously) showed her poultry skills and knowledge to the judge. She did great! 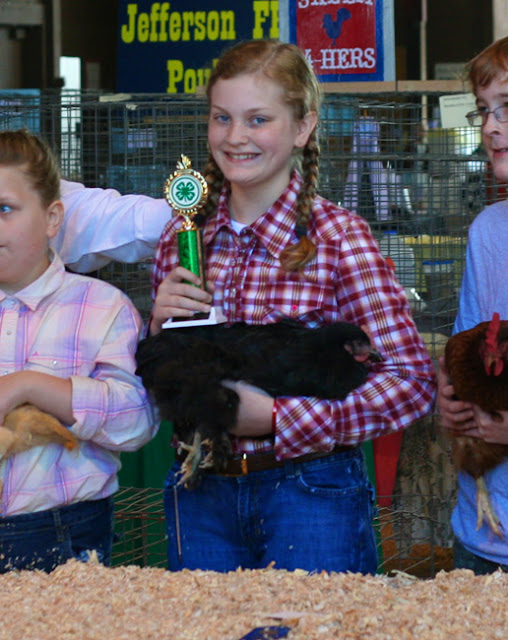 And happily walked away with Champion of first year Juniors. 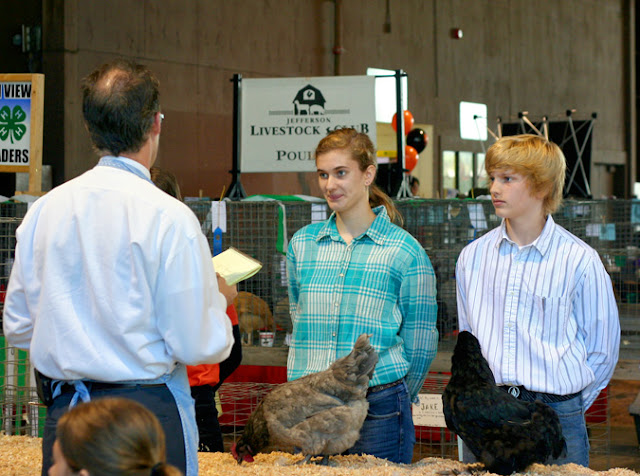 Next it was Megan and Seth's turns to compete. 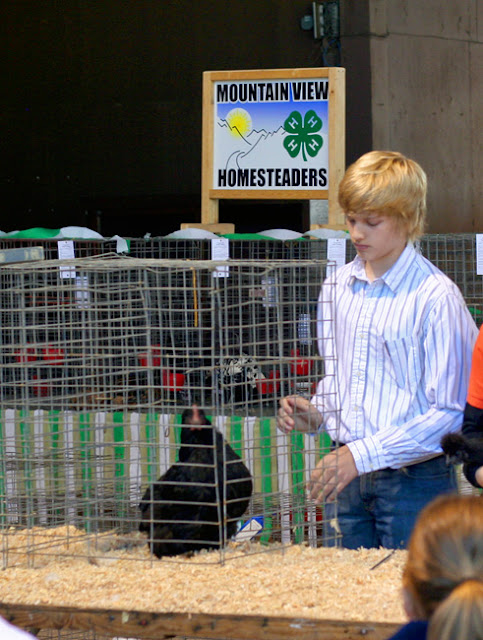 They had to do things like show how to properly place and remove a chicken from a cage, and answer some very difficult questions. 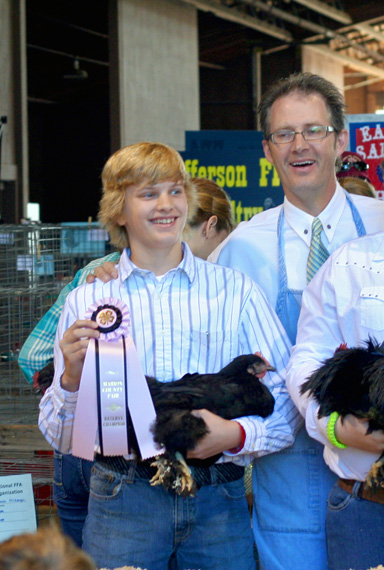 and Meg won Champion for the Seniors. 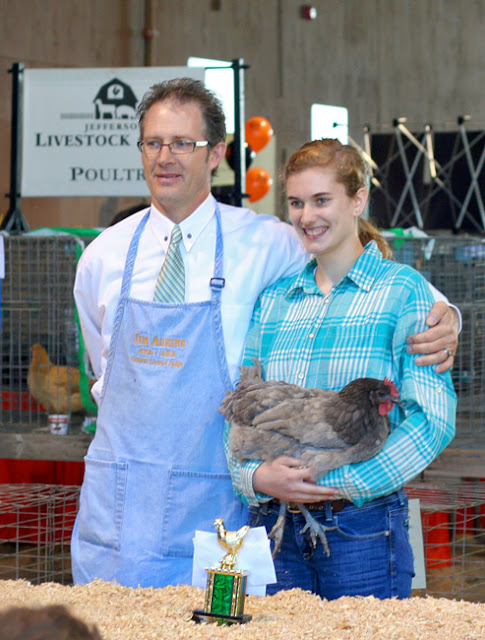 After that, Meg won Grand Champion Showman for all Poultry! 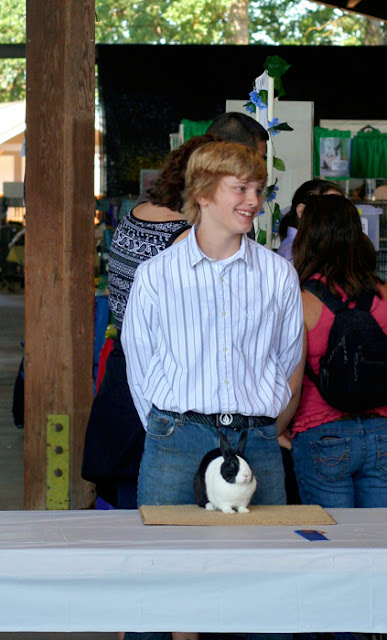 Then it was time for Rabbit Showmanship. Seth got Sweetpea out and placed her on the table. 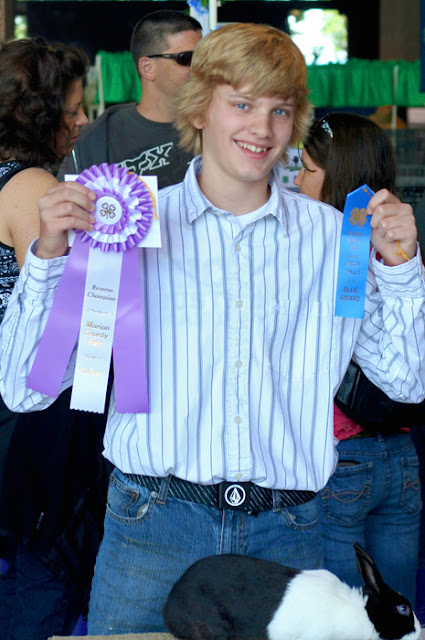 And despite some fierce competition and a tough judge, he won Reserve Champion at the Intermediate level.

There were other fun events at the fair too: 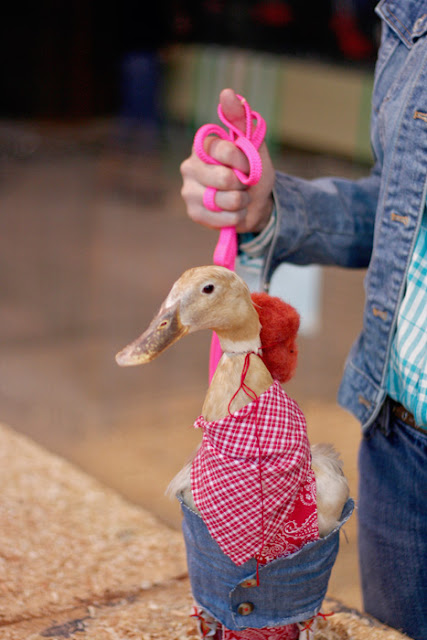 Hershey was transformed into a cowgirl for the Poultry Costume Contest. 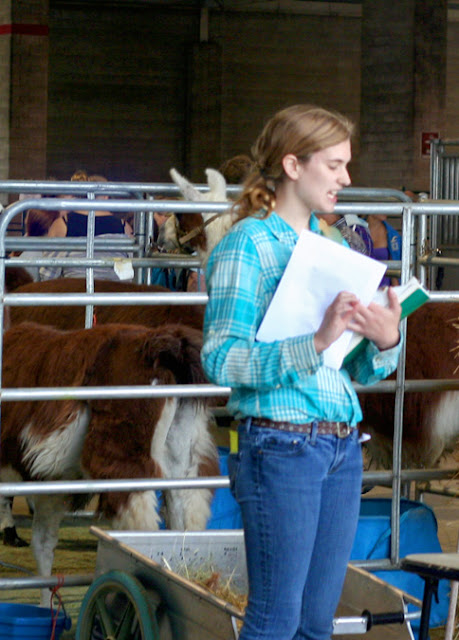 And Megan won $20 by marketing her chicken in a mock sale.

The kids also won a bunch of other blue ribbons for their animals, Megan won a bunch of awards for her writing and also Reserve Champion for the eggs she entered. Overall, the fair was a wonderful experience. There were rides, fair food, hanging out with friends, sharing their animals, and rewards for their hard work. Who could ask for more?
Posted by Misty at 9:27 AM

A blog all about raising a large family and the crafting and sewing done in between.

Misty
Married to my best friend, mom to fourteen wonderful blessings, with a fifteenth joining us from China. Yes, they are all mine! :)

I would love for you to join me